Any proposal, we've seen it. 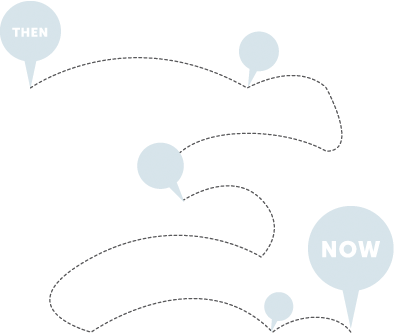 We've been there.
We know.

We started our company in 1999, out of what we perceived as a dire necessity. As consultants responsible for creating and reviewing the proposals for our clients, we remember the mountains of paperwork stacked on our desks. Our hard-drives worked overtime loading information from floppy disks. The spreadsheets laid out over long conference tables. Yes, we worked lots of late nights and weekends. We knew there had to be a better way to thoroughly compare the qualitative and quantitative data supplied by various vendors. That pain inspired us to create the most innovative tools and solutions to transform the way you handle RFPs forever.

Mr. Spencer has been President & Chief Executive Officer of the... Read More

Jeffrey Spencer,
President & CEO (Founder)
Mr. Spencer has been President & Chief Executive Officer of the Company since June 1999. Under his guidance, the Company has grown to be one of the top eRFP service providers to many different industries. The Company was founded to modernize and enhance the RFP process through automation and the Internet. Prior to forming the Company, Mr. Spencer worked in the benefits industry as a consultant for Watson Wyatt Worldwide for 5 years. In the course of his work, Mr. Spencer collaborated with Fortune 500 companies on their healthcare needs. These needs were conveyed in the RFP work that was part of the healthcare procurement process. He ultimately developed automated tools to collect and analyze RFP data from the vendor participants.

In the course of his career he has consulted on Fortune 500 companies like Nordstrom, Alltel Communications, and Honeywell. He has worked on many public sector projects such as CalPERS, State of Washington and County of Fresno and has partnered with major consulting firms such as Deloitte & Touche, Segal Company, and eBenX consulting on numerous health and welfare and plan sponsor searches. He has helped companies and clients save money on the searches, administration and implementation of benefit plans and programs. Mr. Spencer held management positions with several California hospitals. At these hospitals he was responsible for creating relationships with healthcare insurers and negotiating financial contracts. Mr. Spencer has a bachelors degree from the University of California, San Diego and a masters degree from the University of California, Los Angeles.

Kevin Webb,
Chief Operations Officer
Mr. Webb joined Proposal Tech as Vice President of Marketing in 2001 and now serves as COO. In this role he is responsible for client deliverables. His team implements client RFPs and supports the daily operation of the technology on a user level. He is responsible for all new client transitions. He was formerly Executive Vice President of the west coast division of a leading world-class procurement outsourcing company. Mr. Webb’s responsibilities included marketing, sales strategies, and personnel coverage for the Western United States. Prior to that, he was Director of Marketing and Sales for Premiere Studios, an entertainment industry provider. Mr. Webb also held several key executive positions for Rebel Studio, a procurement and equipment provider exclusive to the entertainment industry. He was responsible for developing strategic alliances with some of the industry’s powerhouses and instrumental in the eventual acquisition by a public entity. In addition, Mr. Webb is a former professional baseball player with stints in the Houston, Atlanta, and Anaheim organizations. Mr. Webb earned his Bachelor of Science degree from the University of California at Los Angeles.

Todd Ruth,
Chief Technology Officer
Mr. Ruth joined Proposal Tech in January 2004. He is responsible for enhancing and adding features to Proposal Tech's advanced suite of online tools and directing in-house information technology.
Before joining Proposal Tech, Mr. Ruth was a senior staff engineer with the CDMA infrastructure division of Qualcomm and Ericsson. In his 8 years there, he led system designs, managed projects, debugged field issues, implemented process improvements, and coded embedded and desktop software.
Mr. Ruth achieved a Bachelor of Science degree in Computer Science and a Bachelor of Arts degree in Mathematics from the University of California at San Diego.